I started this steamed series because many of you asked if I can do recipes for people who don’t have ovens but can have the same kind of baked goods. Because of that I decided to make a dedicated series. On my journey with steamed recipes, I discovered that most of these recipes are actually really doable, and it’s quite enjoyable to do as well! I’m so used to baking, not steaming, so I really had to think through the recipe, in terms of how to steam it, where to steam it, what pots and pans to use, and what utensils to use to end up with the best result. After a few tries I got all the recipes right to the point where I felt comfortable on starting the series. One of my secrets is that I never make a video on it unless I test the recipe, taste the recipe, and experiment with it first. Every cooking and baking video I post is a tried and true recipe!

Ingredients for the Banana Bread:

Directions for the steaming setup

Directions for the Banana Bread: 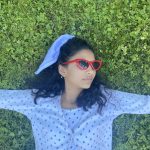