Whether it’s for revenge or just for fun this used to happen to me a lot. Lip balm, my watch, my journal, or other random things. The most annoying part is I get paranoid because I think that I lost it myself.

It seems like the fighting will never end, about the most random things, everyday, it’s not a normal day if there isn’t at least 1 fight that happens.

I don’t even know what the reason is but if they ever find out what pushes your button, they will nonstop do whatever they can to annoy you as much as possible.

I have to admit I do this too, but it’s annoying either way. They ask you to get them some water or a banana or whatever it is, and if you refuse then they’ll bring up some time last week or month about how they brought you a fork just so that you can get them whatever they’re asking.

Honestly I don’t know how they can live like that, whenever I go into their room it always looks like a bomb went off in there, clothes everywhere, 50 glasses of water, bed unmade, smelly, everything dirty and dusty, you get the idea. Contrast that to my room, it’s never been in that bad shape, and I clean it up myself every week.

More specifically one of my brothers in the afternoon comes home from college and blasts his music while exercising so that even if I shut my door, and put on my own music as far away from him as I can it’s still faintly playing in my ears, which makes it impossible for me to peacefully do whatever I want.

Yes I’ll admit I also do this, but again, it’s annoying either way. If you’re being annoying in some way then they’ll have to do the same usually by imitating me in a high pitched annoying voice nothing like my own.

This one really triggers me, and it’s just so hilarious for them in fact everybody in my family does this at some point whether they mean it or not, I guess sometimes I just get so engrossed in something and shut off everything else and so it surprises me twice as much.

Again this is one of my brothers in particular but both of them do it. In fact he’s doing it right now. You’d think that after so many years I would get used to it, but it still annoys me just as much. This will get me so mad to the point where I would punch them hard in the face. 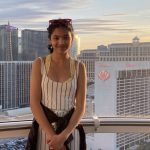